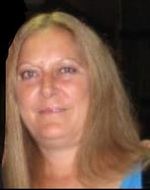 Peacefully on August 18, 2019 surrounded by her family at the age of 59. Wife of Sam Foglia. Mother of John (Becky Miller) and Samantha Austin (Charlie). Stepmother of Melissa Gioia (Jamie). One of the true joys Janet had in her life was being “Saudie” to her grandchildren, Mila Foglia and Oliver and Avery Austin. She also held a special place in her heart for Tristan and Jaxson Gioia and Charlotte and Claire Piccolo. Janet is survived by her parents Joe and Rena Dumanski, her brothers Ronnie (Karen), Joe (Norma), Richard and Robert (Sharon). Predeceased by her brother Stephen (Susan) and sister Carol. Sister in law of Theresa Carchidi (Domenic), Sally Pandzic (Tony), Maria Didonato (Rick), John Foglia (Maria). Aunt and Zia to many nieces and nephews. The family would like to thank the staff of the Sault Area Hospital Intensive Care Unit for their care, compassion and professionalism throughout Janet’s final days. Family and friends are invited to attend a graveside service on Friday August 23, 2019 at 3:30 pm at Holy Sepulchre Cemetery Columbarium U, followed by a Celebration of Janet’s Life at O’Sullivan Funeral Home and Cremation Centre, (215 James Street). Memorial contributions to Algoma Autism Foundation would be appreciated by the family. Through Janet’s life experiences she gained the ability to see the humanity in people when no one else would. Janet, we take solace that in death your struggle is over and you are finally at peace.

“Oh she’s the heart of the funfair, she’s got me whistling her private tune”….enjoy the joyride

All rights reserved. This obituary is also archived at obittree.com